A chess club will teach you the formalities of the game and you may learn a thing or two by observing other players, but what if you want to dissect the game and learn everything there is to know about completing strategic moves and attempting to figure out how your opponent's gameplay will unfold? If you are just getting started with chess and haven't learned much beyond the names of specific playing pieces, online chess coaching may be an activity that you would like to pursue.

Chess club sessions are offered to people with varying skill levels. During a club meeting, you may be invited to play an informal game with another person or you can spend your time witnessing the gameplay that two competitors use during a match. If you have been losing game after game and are getting frustrated with chess, consulting with someone who has a lot of experience and who has proved themselves as a worthy player may be beneficial to you.

What is your main objective when playing chess? Are you participating merely for fun and to practice some strategic methods or are you hoping to become a better player so that you can compete in a formal competition? If the latter is the case, you don't want to risk investing money to apply as a player and then wind up being defeated by a fellow player. An online chess coach will instruct you on some of the most common mistakes that new players make.

Gain Insight Through Your Coach

A novice may notice that they can make a move that seems to be very promising, but they may not take the time to speculate what move the other player will make. Instant gratification does not necessarily mean that you are going to continue reaping the rewards as the game moves forward. If you are able to retrieve one of your opponent's pieces, but then begin to lose several of your own pieces, due to being careless, it is probably a better strategy to think far in advance about what your opponent will do.

A coach will provide you with visualizations that involve using a real chessboard and playing pieces. After setting up the pieces, they may ask you how you would go about taking your turn. Once you provide an answer, the coach will show you the various outcomes that may come into play by making the move that you decided on. Then, they will instruct you on how they would execute each move and provide you with an explanation as to why they chose this method.

Take notes during your online coaching sessions so that you can refer to them when practicing on your own. After you have learned the basics and feel a little more confident about playing chess, test your skills during an upcoming chess club meeting.

Read in about 3 Minutes 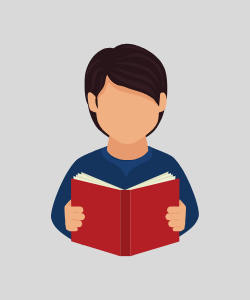 The American Dream has always stated that if you work hard, you can climb your way up the ladder and enjoy success. One key element in reaching that success is to start with a good education. People who are better-educated often land better jobs, enjoy a higher income, and are better able to make smart decisions about their lives. Knowing the importance of education in your child's life, you of course want to ensure they attend a good school and make the most of their time there. Check out the articles on this website to learn more about education and who to ensure your child gets a great one.